Alexandria before Alexander the Great until the Islamic era 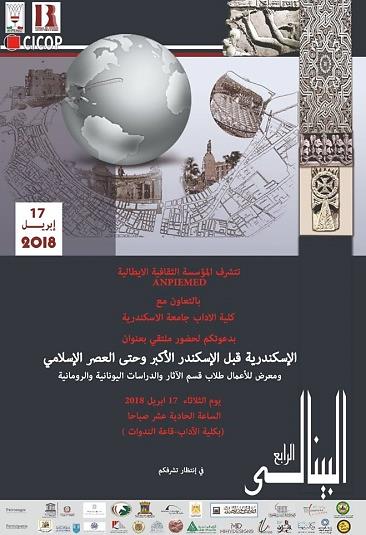 This event was held to shed more light on the Alexandrian heritage and Archaeology through the ages with the beginning of the city even before Alexander the great then in Ptolemaic. Roman and Coptic times and these ideas were introduced through some lectures in the field especially the archaeology of the city which expressing how it was cosmopolitan city with a society full of many different countries and ethnics and this appeared through the archaeological artifacts and the inscriptions on it which confirms it’s globalization.  Also some of the lectures were to explain the important role of maritime archaeology in the city. The event also was containing an exhibition of the students art works which they prepared through about 3 years. These artifacts contained mosaic panels and architectural Marquette’s which also expressing the heritage of the city. The event was under the supervision of the Greek and Roman Archaeology Department Faculty of Arts and organized by Jupiter society with the co-operation with ANPIEMED Cultural Foundation.