Anonymous Narratives of a Multicultural city: the Complex cemeteries of Chatby-Case study 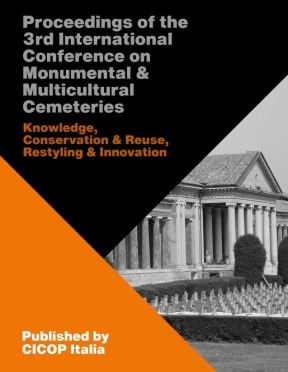 It is all about a city that was born cosmopolis, with the will of the Great Alexander, to leave along its ancient to modern history the rise and decline of its distinction identity. The urban planning of Hellenistic Alexandria was designed to combine different communities. After centuries of decline in the Medieval, the city was capable to recuperate its multicultural identity in modern time. Alexandria’s monumental tombs are a record of city’s life more than any other class of monuments. They document its infancy, maturity and indicate the city’s fabric as ethnic and religious diversity, as well as testify dramatic changes in its history as cosmopolis and multicultural.

The Chatby Complex of Cemeteries (150 years) as case study of both tangible and intangible heritage of the city, through an examination of the architectural styles of the monuments and tombs, and the oral narratives and memories of individuals, certain patterns regarding migration, social history, class distinctions, and religious diversity, all these distinguishing features immerged.